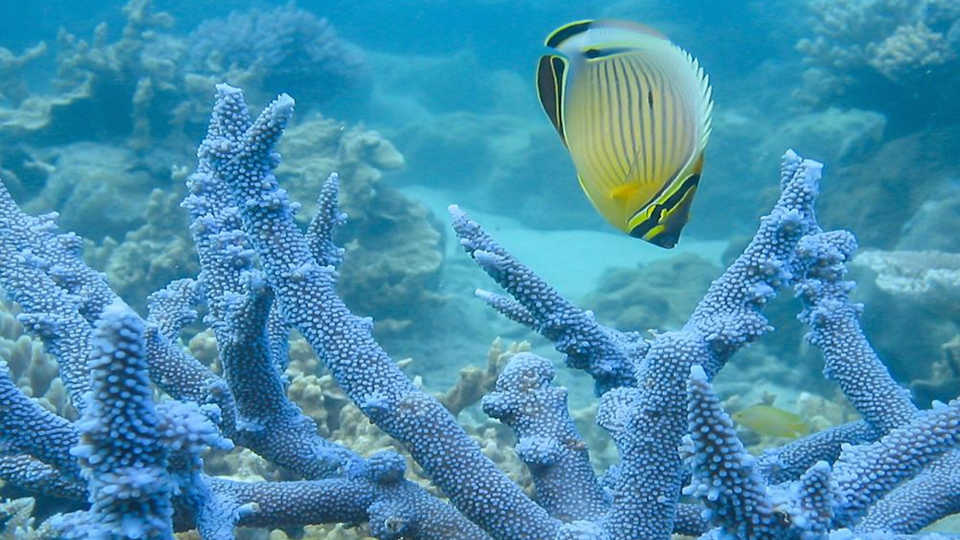 Coral reef news and research have been popping up recently. Here are a few tidbits to catch you up…

How diverse are coral reefs in global marine protected areas (MPAs)? According to a study published this week in Nature Communications, it depends on how you measure diversity. While many MPAs have large numbers of species, the evolutionary diversity among those species is actually quite small. The MPA networks only encompass 1.7% of the total known evolutionary history of corals and 17.6% of the evolutionary history of fish. Although the total number of different species in an ecosystem is usually taken as a good measure of its health, a measure of relatedness is also important because closely related species are more likely to perform similar roles in the ecosystem, whereas more distinct lineages may perform unusual or complementary roles vital for the reef’s function.

Seeing Corals from the Sky

Most research on corals and on reef ecosystems takes place on diving expeditions, but last week, NASA announced a new three-year expedition using advanced instruments on airplanes to survey the world’s coral reefs in detail. The COral Reef Airborne Laboratory (CORAL) will measure the condition of threatened coral ecosystems and create a unique database of uniform scale and quality. CORAL’s airborne instrument, the Portable Remote Imaging Spectrometer (PRISM), will work along with in-water measurements to analyze reef conditions in the context of the prevailing environment, including physical, chemical, and human factors. The results will reveal how the environment shapes reef ecosystems, NASA says.

“We know reefs are in trouble,” says Eric Hochberg. “We’ve seen the reefs of Jamaica and Florida deteriorate and we think we know what is happening there. However, reefs respond in complex ways to environmental stresses such as sea level change, rising ocean temperatures and pollution. The available data were not collected at the appropriate spatial scale and density to allow us to develop an overarching, quantitative model that describes why and how reefs change in response to environmental changes. We need accurate data across many whole reef ecosystems to do that.”

Academy scientists Luiz Rocha and Bart Shepherd and their colleagues published a study a few weeks ago on mesophotic coral reef communities, ecosystems at 30-150 meters (100-500 feet) deep, a region we like to call, the Twilight Zone (cue dramatic music). The team focused on two Caribbean locations: Bermuda and Curaçao. Their findings were quite different despite the locations’ proximity. They recorded 38 species in Bermuda and 66 in Curaçao, but Bermuda had many more fish overall, with increasing abundance the deeper the scientists dove. In Curaçao, however, the abundance decreased at depth. They write, “High fishing pressure is evident in both localities…” and the deeper areas may serve as “refugia” for the fish.