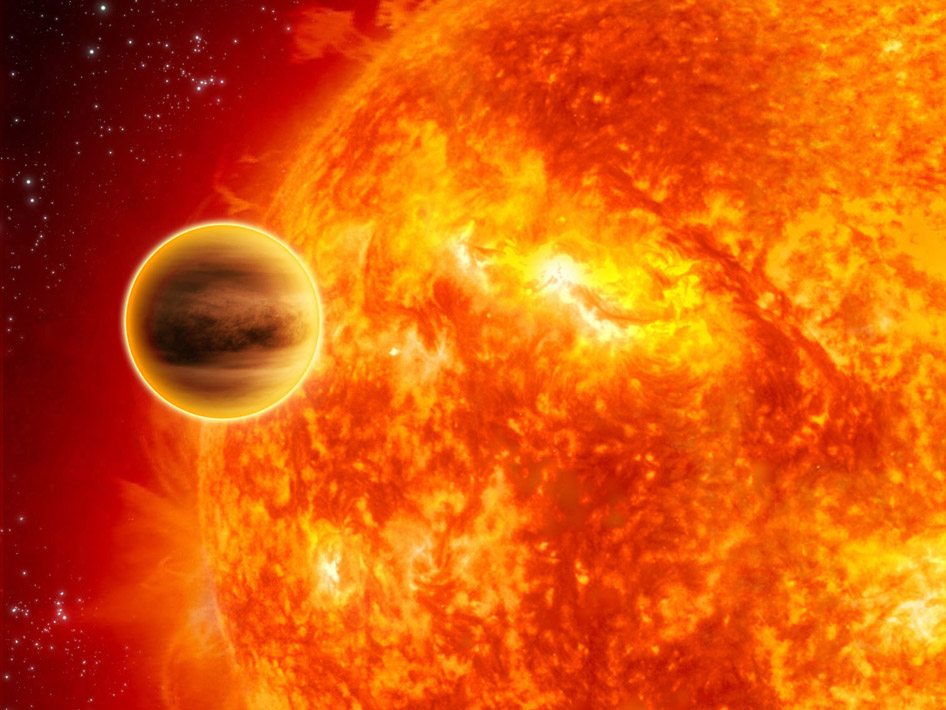 Recent research makes it seem like astronomers can’t look up without finding exoplanets. Data illustrate scores of super earths, planets in their habitable zones, and multiple-planet systems… But a specific type of planet has proven elusive: a planet orbiting at a considerable distance from its parent star.

Gemini Observatory’s Planet-Finding Campaign recently completed the most extensive direct imaging survey to date, but the results were mostly devoid of large planets—especially gas giants—at significant distances from their parent stars. This may seem counter-intuitive… After all, we think of our own solar system as ordinary or average, and it includes giant planets such as Uranus and Neptune, which orbit quite far away from our sun.

Michael Liu, leader of the Gemini Planet-Finding Campaign, sums up the situation this way: “We’ve known for nearly 20 years that gas-giant planets exist around other stars, at least orbiting close-in. Thanks to leaps in direct imaging methods, we can now learn how far away planets can typically reside. The answer is that they usually avoid significant areas of real estate around their host stars. The early findings, like HR 8799, probably skewed our perceptions.”

Exoplanet discoveries are usually based on data taken from the parent star, but HR 8799 was one of the first star systems observed directly from Earth. Using the Gemini telescope, researchers could see gas-giants at large orbital distances from their sun. At the time of discovery in 2008, they did not have enough background knowledge to realize that HR 8799 was very, very unusual.

But gas giants aren’t missing; they just tend to cling to their parent stars in a close orbit. And this lack of distant gas giant planets is apparent across all sizes and types of stars.

Difficulty finding planets at distant orbits has a silver lining, because absent planets can actually tell us more about planet formation. Astronomers are developing an explanation for the strange holes in dust disks surrounding young stars. “It makes sense that where you see debris cleared away that a planet would be responsible, but we did not know what types of planets might be causing this. It appears that instead of massive planets, smaller planets that we can’t detect directly could be responsible,” said Zahed Wahhaj of the European Southern Observatory.

Even though the missing planets have taught us something, the search for planets with orbits similar to that of Uranus and Neptune continues. And we thought we lived in an average solar system…