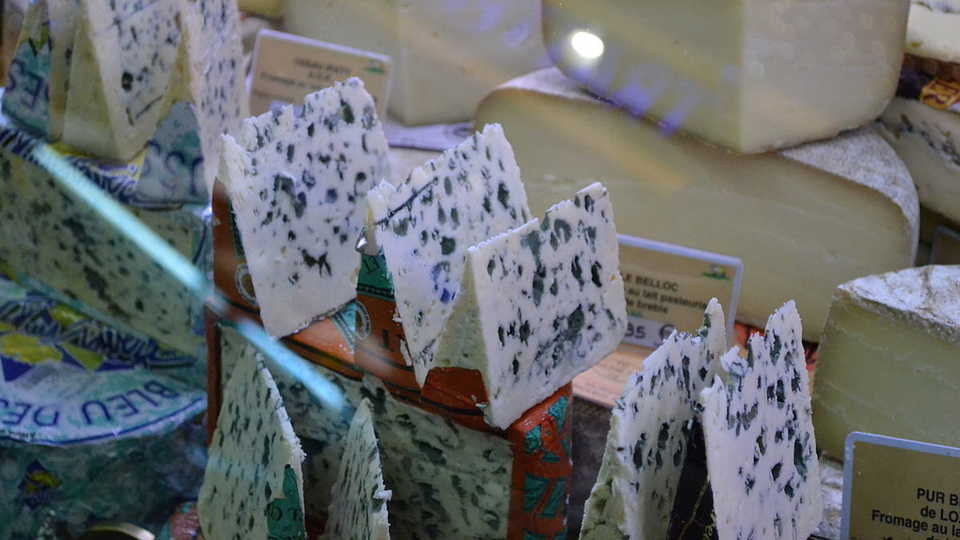 Some Fungus with that Cheese?

“If you find a wild blue mold growing outdoors, please let us know!” That’s French scientist Antoine Branca urging the public to help him find wild populations of Penicillium roqueforti, the fungi found in blue cheese. He and his French (who else?) colleagues published a paper last week in Current Biology, piecing together how certain cheese fungi species of the genus Penicillium adapted to their new, domestic environments (cheese) and how they exchange genes between each other, providing delicious fromage, but also creating potential problems for us human consumers.

There are over 300 species of Penicillium fungi—including the one that makes the antibiotic penicillin—many of which are responsible for cheese-making (such as (Penicillium roqueforti and Penicillium camemberti). Of course, these fungi didn’t always live on cheese, so researchers, curious about the domestication of species, decided to study their genomes to understand the process of domestication. The fungi make a perfect model because the genomes are relatively small and the cheese-making species include multiple, distantly related species that have adapted to the same medium (cheese), offering striking examples of parallel and convergent evolution.

The comparisons of the Penicillium genomes show that adaptation to cheese was associated with multiple recent horizontal transfers of large genomic regions carrying crucial metabolic genes. They identified seven horizontally transferred regions (HTRs) that were almost identical between distantly related Penicillium species. Two of those regions carried genes involved in the utilization of cheese nutrients or competition among fungal species. Those HTRs endowed fungi with the ability to grow faster and to outcompete other species on cheese.

The team hopes that this finding can improve cheese-making. “We were able to identify genes that are directly involved in the adaptation to cheese in Penicillium, opening the way for strain improvement, in particular for obtaining fast-growing strains,” says Branca. “Our findings, on the other hand, raise concerns about food safety because they suggest that the co-occurrence of different fungal species in the same food product allows genes to be transferred from one species to the other frequently, as it occurred multiple times, for multiple genomic regions.” This may be a particular concern in the case of fungi that produce toxins.

They stress that more research is needed. “Strikingly, we still do not know which one is the donor species of the horizontally transferred regions,” Branca says. They don’t know where Penicillium roqueforti can be found in nature, either. The fungus has been found on decaying wood, but rarely in natural settings. And yet the fungus maintains considerable genetic diversity, suggesting that it must exist in relatively large populations.

So keep a look out for that blue mold beyond the cheese!