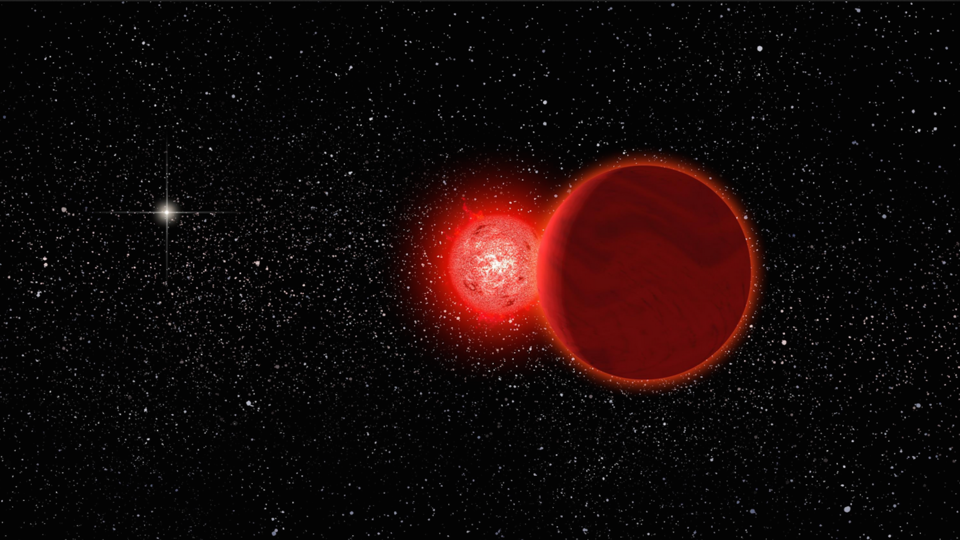 After launching in 2007 and spending a year orbiting the major asteroid Vesta from July 2011 to September 2012, NASA’s ion-driven Dawn spacecraft is primed to provide our first close look at the object formerly known as the largest asteroid. On March 6, Dawn is due to arrive at the dwarf planet Ceres, around which it will attempt to go into orbit. It has already sent images to Earth that surpass the resolution of any images of Ceres previously taken, and the view will only get sharper and more detailed the closer it gets.

Discovered in 1801, Ceres measures about 590 miles in diameter—large enough for its mass to pull it into a nearly-spherical shape, unlike smaller rougher-hewn asteroids. Its surface area is roughly equal to that of India. The largest member of the asteroid belt, Ceres was officially classified as a “dwarf planet” in 2006, along with Pluto and three other trans-Neptunian objects in the Kuiper Belt.

Asteroids consist of rocky debris left over from the formation of our solar system and are largely (though not entirely) confined to the area between the orbits of Mars and Jupiter. The total mass in the asteroid belt amounts to 1/35 that of Earth’s Moon, with about 1/3 of that belonging to Ceres alone. As we learn more about asteroids, they are gradually revealing themselves to be more diverse and fascinating than previously thought: astronomers have found asteroids gushing water vapor into space, asteroids with moons, an asteroid with rings, asteroids that swarm ahead of and behind planets in their orbits, and a weirdly-orbiting asteroid that some call Earth’s “second Moon.”

Ceres itself is already presenting mysteries to astronomers, such as an enigmatic white spot and a volume of water potentially greater than all the fresh water on Earth. Stay tuned—along with the New Horizons encounter with Pluto on Bastille Day, 2015 is becoming the Year of the Dwarf Planet. –Bing Quock

An international team of astronomers from the U.S., Europe, Chile, and South Africa determined that around 70,000 years ago, a dim low-mass star skirted quite close to our solar system, approximately 0.8 light years (5 trillion miles) from the Sun and within the outer limits of the Oort Cloud, the vast halo of comets enveloping the Solar System.

Currently, the closest star to us is Proxima Centauri, about 4.3 light years away—give or take, four times as far away as the edge of the Oort Cloud.

Nicknamed “Scholz’s star” for its discoverer, the star caught the interest of Eric Mamajek of the University of Rochester and Valentin D. Ivano from the European Southern Observatory. They noticed, among other interesting characteristics, that the star was moving directly away from our solar system.

The team measured the star’s motion with South Africa’s Southern African Large Telescope (SALT) and Chile’s Magellan Telescope at Las Campanas Observatory. The data were then used to run 10,000 simulations of the star’s orbit with an incredible result—98% of them showed the star passing through the outer Oort Cloud!

Scholz’s star is a small, dim red dwarf in the constellation of Monoceros the Unicorn, at it currently resides about 20 light years away from the Sun. At the time of its close encounter, it would have appeared as a 10th-magnitude star in Earth’s sky, far too faint to have been visible to our ancestors. The star is also traveling with a companion—an even dimmer stellar wannabe, a brown dwarf. –Elise Ricard

Sometimes it is all too easy to imagine that the other planets of our solar system are no longer the strange and unexplored worlds we once portrayed in pulp science fiction. Since we have learned so much about distant exoplanets in the past few years, the relatively nearby worlds orbiting the Sun might seem sort of mundane, overdone… Dare I say, boring?

We have telescopes pointed at Mars, missions orbiting it, and even active rovers on its surface. But a place like the Red Planet is still strange and still has an almost limitless potential to surprise scientists.

Over two years ago, amateur astronomers observed a strange eruption of something in Mars’s upper atmosphere, and since then, scientists have pored over past observations in order to discover comparable events. (Combing through Hubble Space Telescope images, researchers found an image from 1997 that seems to have captured a similar plume.) According to a recent publication in Nature, there are only a few possible explanations for the puzzling phenomena.

As the Sun rises on Mars, it gives astronomers here on Earth a great window on the portion of Mars’s atmosphere that has cooled overnight and is about to be heated. One Martian morning in 2012, a bright high-altitude plume was seen rising over 200 kilometers above the surface, disappearing before the Sun set later that day. Every day, for a score of days thereafter, the same thing was seen but then ceased, only to begin the same cycle anew a month later!

Some thought it might be an auroral display, like the northern (and southern) lights well known here on Earth. Yet while Mars has smaller, less powerful magnetized regions, it lacks Earth’s powerful magnetic field—so aurorae seem like an unlikely source for the strange occurrence.

Another hypothesis (my own personal favorite) was some kind of volcanic action ejecting material far above the surface. This idea has some holes in it as well, however, since we have not observed volcanic activity taking place currently on Mars. Some scientists still believe that it occurs, but this concept is a longshot at best.

Perhaps most likely (and still really exciting!) is the possibility that this was a large ice cloud made from CO2 and water vapor condensing high in the atmosphere at night and dissipating during the day. But even this possibility tells us that that our understanding of Martian atmospherics is very incomplete.

It is always exciting when we find something new, reminding us that there are still many frontiers left for us to explore. –Josh Roberts

A Galaxy is Born

How do galaxies form? What do they look like as infants, teenagers, adults? Do stars develop before black holes, or is it the other way around? Or does it depend on the galaxy? Four astronomers presented their findings at last week’s AAAS (American Association for the Advancement of Science) meeting in San Jose, explaining very diverse processes for very different galaxies.

Jay Lockman of the National Radio Astronomy Observatory is looking in our own neighborhood—the Milky Way and Andromeda galaxies—and has determined that stars are continuing to form in our galaxy. In fact, fresh gas from an unknown source is creating these new stellar luminaries. The team is currently watching one of these large gas clouds, headed our way in the next 30 million years, and are curious what materials it will add to our spiral home.

To the National Radio Astronomy Observatory’s Kartik Sheth the Milky Way “is a somewhat wimpy galaxy.” He and his colleagues study starburst galaxies—which form stars thousands of times faster than a galaxy like our own. Using telescopes such as Spitzer, Hubble, and now the Atacama Large Millimeter/submillimeter Array (ALMA) in Chile, Sheth creates “picture albums” of these galaxies, from babies to adults. He presented findings on the Sculptor galaxy, 11.5 million light years from Earth. The team is discovering very, very dense clumps of gas clouds near the galaxy that appear to be converting to stars at an incredibly high rate, like a hyperactive stellar nursery.

Priyamvada Natarajan of Yale University is curious about the development of black holes in galaxies. Scientists thought that these massive black holes were formed by small seeds leftover after star formation, which in time grew and grew and grew. However, new discoveries are pushing star formation to later epochs than previously determinations, putting a very rigid “time crunch” on black hole formation. So are black holes born from more massive seeds than originally thought? Natarajan and her team’s modeling show that this may indeed be the case, and she is excited that the upcoming James Webb Space Telescope (JWST) will make huge strides in testing this theory.

Finally, Ximena Fernandez of Columbia University is looking far, far away at galaxy formation. Using the Very Large Array (VLA) in New Mexico, she is able to observe galaxies, and the gas that may lead to galaxy formation, almost five billion years away, in the distant, distant Universe. She and her team will continue to look at a galaxy spotted four billion light years away, in hopes of learning more about galaxy evolution. –Molly Michelson