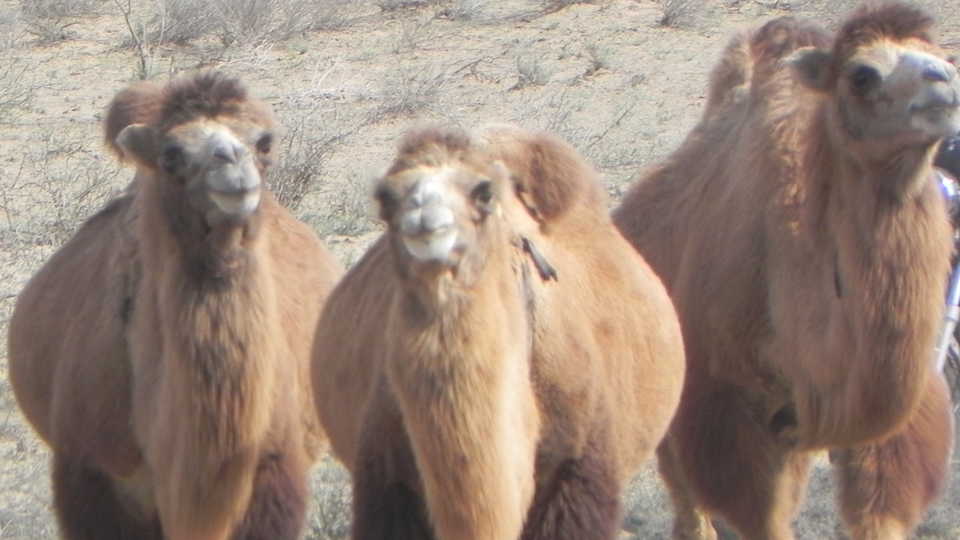 How did camels adapt to their harsh desert environments? And in a hotter, drier world how can we learn from that? A new study, published today in Nature Communications, uncovers camel origins and adaptations by looking at its genome.

There are two living species of camels today—the dromedary and Bactrian, with one hump and two humps, respectively. Humans depend on these animals for transport, meat, milk and textiles. And their adapations to arid conditions—including a tolerance of temperatures exceeding 40°C and water losses greater than 25% of total body weight—make them such dependable and remarkable animals.

Surprisingly, camels’ closest relatives live in very different conditions. Alpacas and llamas are also camelids, living in high elevations in South America. The camels and their South American cousins likely diverged about 17 million years ago in North America, and the camels’ ancestry likely “migrated from North America to Eurasia via the Bering Isthmus during the Late Miocene,” according to the new paper.

To understand the camels’ adaptation to their new (and current) climate, the international research team sequenced the genomes of the two camel species and the alpaca. The team identified accelerated evolution in both camels in genes associated with stress response to heat, respiratory function (to protect from dust) and visual protection, when compared to the alpaca.

Within the Bactrian camel genome, the scientists also found insights into the camel’s unique strategy for water reabsorption, and other strategies relating to hydration, which protect against stress during long-term water restriction. Furthermore, the researchers suggest that different numbers of humps in these camels reflect their distinct abilities to metabolize fat metabolism. (This finding reminds me of a joke in the children’s book Everyone Poops.)

The authors conclude that, “in light of ongoing global warming and the increasing incidence of droughts, these camelid genomes are valuable resources for studying biological adaptations to environmental changes.”