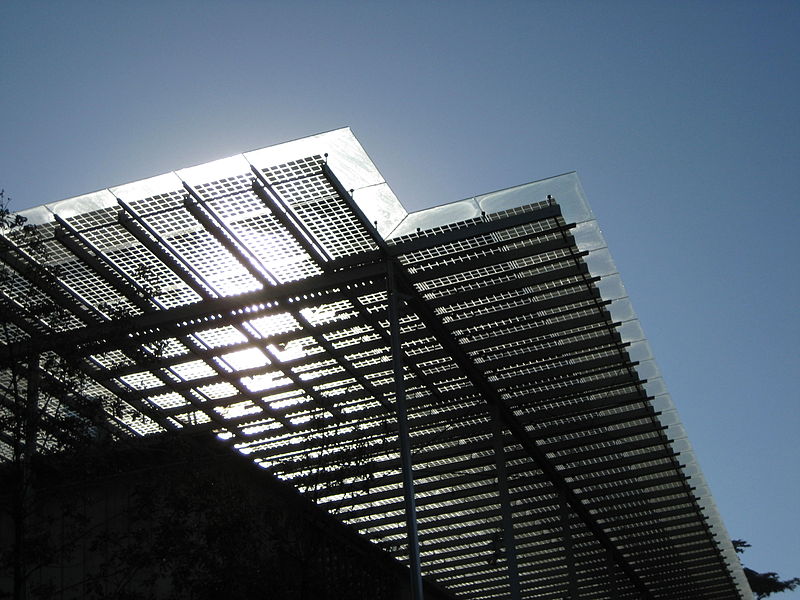 For many members of Congress, these ideas seemed radical. For Chu, coming from Lawrence Berkeley National Lab in California, they were, and still are, standard. California not only leads the nation in energy efficiency, but in renewable energy policy and climate change legislation in general. A discussion Tuesday at the Public Policy Institute of California kept returning to this idea of California’s leadership role not just in the United States, but the world.

Moderated by KQED’s Michael Krasny, Chu was joined by Mary Nichols, chair of the California Air Resources Board, and former secretary of state George Shultz in a presentation titled “Climate Change and California’s Future.”  The presenters spoke of California’s leadership with concrete examples: a statewide cap and trade policy went into effect earlier this year, and recently, a partnership was formed between California, Oregon, Washington state, British Columbia, Quebec, and China to promote strategies to combat climate change. Krasny began the discussion by stating that action independent of the federal government seems to be the way we get things done in California. “Sometimes the feds adopt policies started in California,” Chu responded. “If we [California] kept in line with federal policy, the feds would be way behind.”

Much of the discussion revolved around energy resources. Chu believes that as the price of solar and wind power comes down, and as the problems surrounding energy storage are solved, those two strategies will become the most viable means of reducing energy use in California. And he says we’re close on both cost and storage. Nichols spoke about the number of electric and hybrid “zero emission” vehicles on the road in California and how batteries keep getting better and cheaper for these cars. Shultz has solar panels on his house and drives an electric car. “I’m driving on sunshine,” he exclaimed. Shultz also spoke often about the need for funding more research and development for these technologies.

The panel members also discussed controversial resources such as nuclear energy and fracking. They held out some hope for small modular nuclear power plants that could be built much safer and closer to where power is needed. Fracking is a touchy subject, and not without its problems. The three could all agree that more regulations for the process are necessary.

Part of the conversation focused on the recent United Nations climate talks and the struggle with inequities there. Shultz and Nichols agree about the need for subsidies and foreign aid to poorer countries that are on the front lines of climate change. And should developing nations (such as India and China) have to make as strong emissions reductions as developed countries? Citing a popular economics curve, Chu said, “Using more energy doesn’t increase the standard of living.” These countries can learn from our mistakes, the panel concurred.

It all gets back to energy efficiency, says Chu. “It’s economically to our benefit to be more efficient. We [the United States] should be setting an example.” The Nobel laureate certainly is setting one: he cut his own energy bill in half by replacing light bulbs in his home, and he tracks his monthly bills. When he saw an increase in a bill a few months ago, he tracked his usage by the day and discovered it was all due to his wife’s recent dinner party. He’s now setting energy efficiency examples for her!