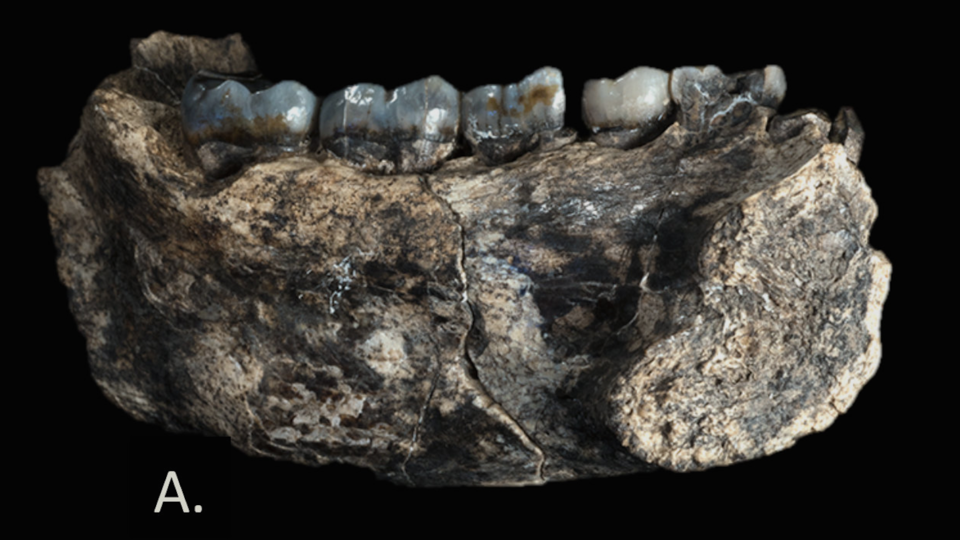 “We didn’t know what happened after A. afarensis, which ceases to exist around 3 million years ago” the Academy’s paleoanthropologist Zeray Alemseged explains. “Represented by Lucy and Selam, we know that this species is our ancestor, and we observe Homo appearing around 2.3 million years ago, but the link between afarensis and Homo was more of a speculation than established fact. We had no fossil evidence to allow us to make this connection.”

No evidence, it seemed, until last week. A recent publication in Science by a research team from Arizona State University (ASU) describes a new fossil that dates to around 2.8 million years ago. The fossil, found in Ethiopia, by Alemseged’s former masters student, Chalachew Seyoum, at a site called Ledi-Geraru—not far from Dikika where Alemseged discovered Selam—distinctly belongs to a Homo species, but as Alemseged describes it, “A [Homo] species in a phase of transition and still retaining some A.afarensis features.”

The fossil includes half of a lower jaw, with several of the teeth still in place. It’s the shape of the jaw that provides evidence of this transition. “The front of the jaw is afarensis-like, but the back of the jaw is more Homo-like,” Alemseged explains. The front of the jaw, below the front teeth, is more inclined toward the back, where as our Homo relatives have a more vertical (think of our chins) form at the front. But the side of the jaw is opposite. Instead of being hollowed like afarensis, it’s more convex—like our human relatives. In addition, Alemseged says, “The wear pattern on the molars is more human-like; in afarensis fossils, the pre-molars remain intact, and the rear molars show wear, but it’s just opposite on this fossil.” Our diets were changing as we moved from Australopithecus to Homo. “We started to become really chewy, employing even the pre-molars,” Alemseged says.

(For more on how the jaw is very significant in establishing hominin species, check out this article we posted last week.)

This new fossil is an extraordinary find and is a very “good candidate to fit what may be the pre-occurrence of Homo habilis,” according to Alemseged. The fact that it was discovered by Seyoum also gives Alemseged reason to celebrate. Alemseged recruited and mentored Seyoum to get his masters at Addis Ababa University and became Seyoum’s advisor through the graduate program. They worked together in the field in their native Ethiopia, and Seyoum came to the Academy for six months to study fossils on a Lakeside grant. Seyoum is now working on his PhD at ASU.

“This really shows that we are making good use of the generous support we get from the Lakeside Foundation and others,” Alemseged says. “The work these recipients do are at the forefront of endeavors that interest all of us.”