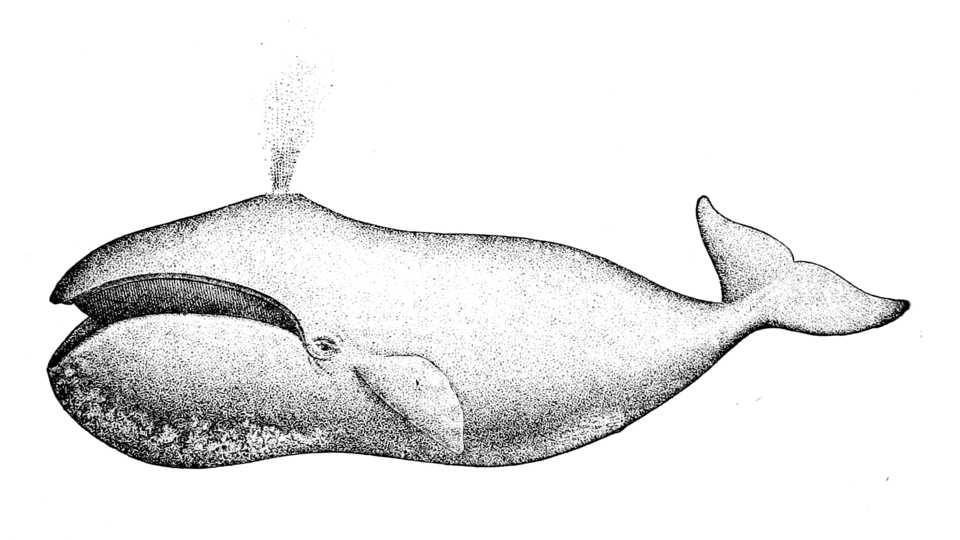 What is the bowhead whale’s secret to longevity? These Arctic mammals can live about 200 years, as evidenced by a 1890s-era harpoon stuck in the blubber of a whale captured in 2007 (and by a DNA study, but the harpoon evidence is circumstantial but pretty awesome).

A team of scientists attempting to uncover these large-mouthed creatures’ fountain-of-youth secret sequenced the whale’s complete genome and compared it to other cetaceans and other mammals (humans, cows, and mice), with some surprising results.

Bowhead whales may be the longest-lived mammal, but all large whales hold a secret to fighting off cancer. Despite having over 1,000 times more cells (thus putting them at greater risk of a cancerous attack), the marine mammals demonstrate no greater susceptibility to the disease, suggesting the existence of natural mechanisms that can suppress cancer more effectively than those of other animals. The newly-sequenced genome will allow researchers to identify and study those natural mechanisms.

In addition, the team discovered duplications in the bowhead’s genes associated with DNA repair, cell cycle, and aging; and relevant changes in genes related to thermoregulation, sensory perception, dietary adaptations, and immune response.

The genome sequencing is just the first step. Senior author João Pedro de Magalhães, of the University of Liverpool, and his colleagues have made the data available to all. “My view is that species evolved different ‘tricks’ to have a longer lifespan, and by discovering the ‘tricks’ used by the bowhead we may be able to apply those findings to humans in order to fight age-related diseases,” he says.

And that’s the next step for de Magalhães, too. His team would like to breed mice that will express various bowhead genes, with the hopes of determining the importance of different genes for longevity and resistance to diseases.

We often hear how important biodiversity is to human health, and how within the natural world, we’ll find a cure to cancer and other human health issues. Here’s a perfect example! Who knew it would be hiding in such a large creature? 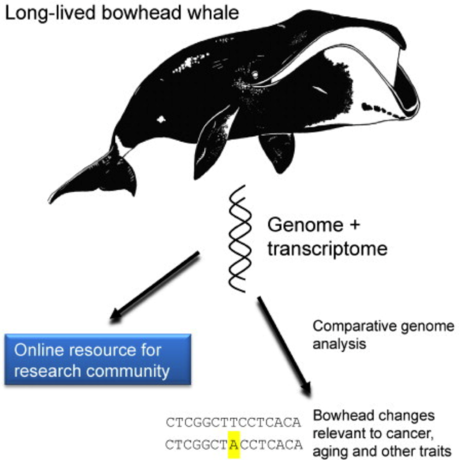