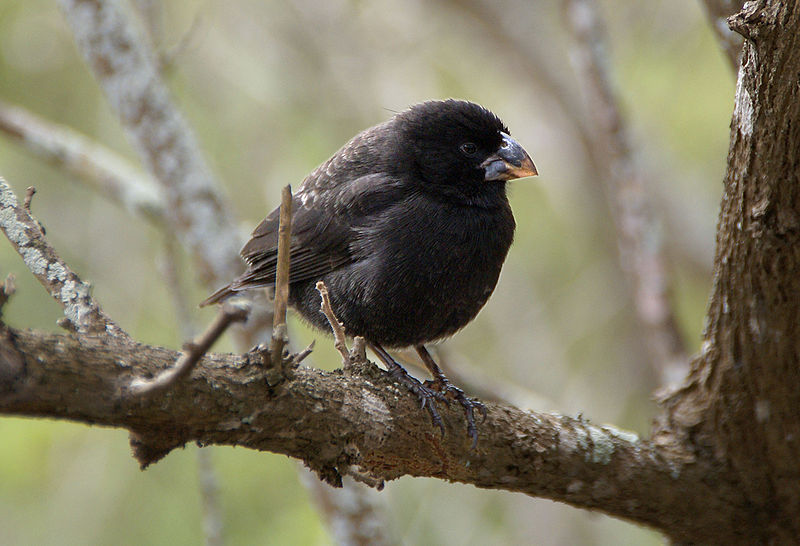 The complex tweeting of songbirds is passed down culturally and is learned, not innate. And depending on the species, some tunes are around for only a few years, while others are around for decades, In the latter case, this means that the potential for songs to change throughout the years is high.  It would be surprising then to discover that, in some species, specifics of songs can be maintained throughout generations.

Researchers studying Galapagos finches found that, like the top 40, the songs of new are sometimes similar to the songs of old. Their work was published online last week in Biology Letters.

Studying past recordings of medium ground finches in Academy Bay (named after our very own California Academy of Sciences!) on Santa Cruz Island, the researchers were able to dissect each song very carefully.  According to the New York Times, the scientists took recordings from 1961 and 1999 and “conducted a statistical analysis of songs, using elements like number of notes, note duration and trill rate.”

And they found that “Variation among song types was extensive during both years…”. But remarkably, “several 1961 song types persisted into 1999, some with remarkable fidelity.”

The songs of these finches seem to be much more consistent than that of other birds. One reason could be that, in this species, songs are passed down from fathers to sons and not from peer to peer, strengthening the possibility that the structure of these tunes are maintained through the years.

Birds actually listen to their parents? Now that’s something to sing about!