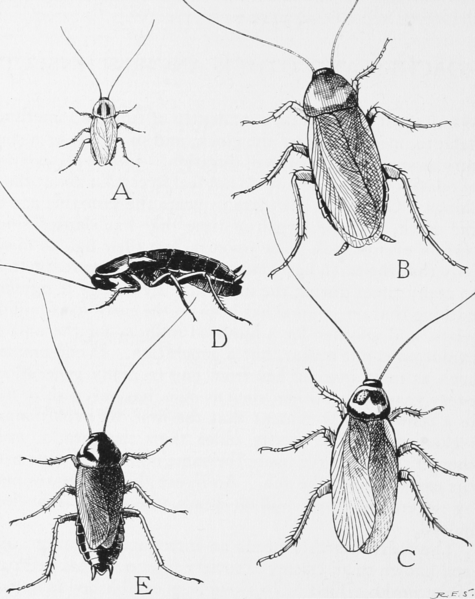 When you think about artificial intelligence, the last place you would think to look for inspiration may be in an insect’s brain.

But, if “an intelligent agent is a system that perceives its environment and takes actions that maximize its chances of success,” according to the leading textbook of AI, then researchers at Case Western Reserve University are looking in the right place: a cockroach’s brain.

Scientists wanted to figure out how insects make quick decisions about movement. According to a study published today in Current Biology, “Animals negotiating complex natural terrain must consider cues around them and alter movement parameters accordingly.”

The researchers had a hunch that these decisions were made in the central complex portion of an insect’s brain, so they decided to study cockroaches to confirm their suspicions. Easier said than done.

To get these first recordings of neural activity, Research Assistant Alan Pollack spent more than a year perfecting techniques for brain surgery in an area the size of the head of a pin. Then, after delicately cutting through the brain sheath and exposing the central complex, he inserted a hair-thin braid of four wires that can monitor activity of groups of neurons or stimulate the groups with electricity.

With the wires implanted, cockroaches were tethered over the simplest version of a treadmill: a greased glass plate. The researchers waited, sometimes for three hours or more, for a cockroach to begin walking, and to change speeds, all without prodding. (To see a video of the movement and description of the process, click here.)

They did indeed find that neurons in the central complex are responsible for movement. In fact, the firing of neurons is correlated with the insect's stepping rate. That is, cockroaches walk or run when their brains decide to do so. According to Sasha Zill, who is familiar with this research, “It was a real accomplishment to record the neural activity of walking. The interesting finding is the cockroach can control speed with the brain.”

Next, they hope to discover which individual neurons within the central complex are doing the work.

Roy Ritzmann, lead author of the study, said, “We see in these animals an ability to adapt to difficult and changing terrain and conditions. What we'd like to see is a robotic brain that can make these kinds of decisions.”

He believes the research could help lead to robots with improved abilities to search collapsed mines and buildings, to pilot drones and for space exploration.