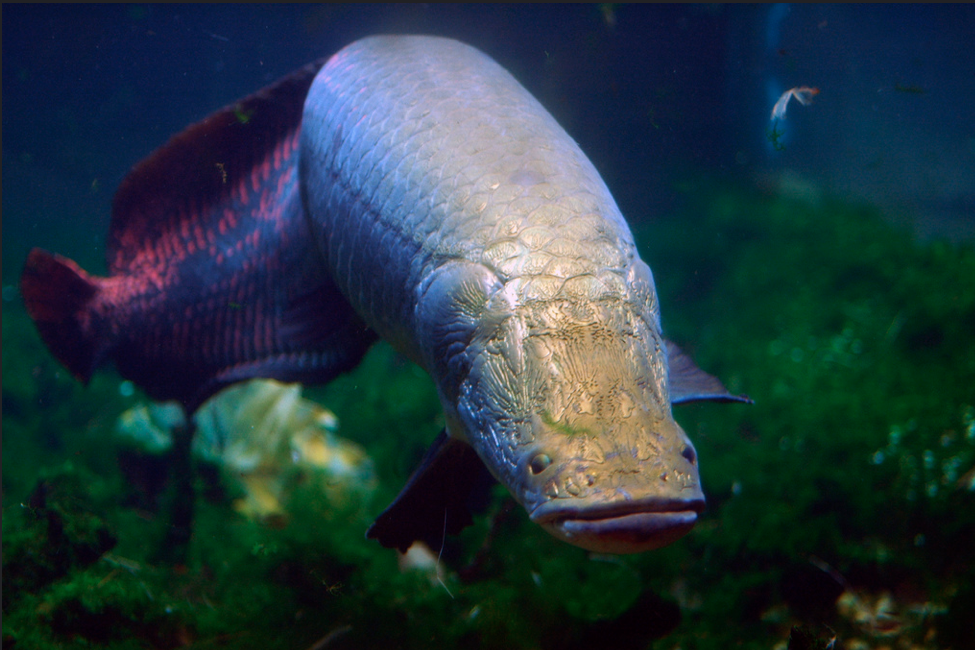 Arapaimas are huge fish—among the largest freshwater fish in the world—that live in the Amazon. They can reach up to three meters (almost ten feet) in length and often weigh over 200 kilograms (440 pounds)! Their size can work against them, making them easy for fishers to spot. And because they are obligate air-breathers—surfacing every 5-15 minutes to take a breath—they can become easy prey for harpoon specialists.

A recent study determined that indeed, many populations of these fish are in trouble. A research team from the U.S. and Brazil interviewed 182 fishers in 81 communities who were selected by their peers as experts. The team also conducted fish counts in 41 of the fishing communities, accounting for 650 square miles of floodplain area.

The results indicate that arapaima populations are extirpated (completely wiped-out) in 19 percent of communities, depleted (approaching extinction) in 57 percent, and over-exploited in 17 percent. And these numbers might only be scratching the surface.

“Because tropical regions suffer from widespread illegal fishing and a lack of data, these findings suggest that many similar fishing-induced extinctions likely are going unnoticed,” says lead author Leandro Castello of Virginia Tech. “There is also a lack of economic alternatives for the fishers.”

The good news? In communities that have implemented and followed fishing rules—imposing minimum capture size and restricting gill-net use, for instance—density of arapaima is 100 times higher than where there are no rules or the rules are not followed, says study co-author David G. McGrath of the Earth Innovation Institute. “These communities are preventing further arapaima extinctions.”

Only 27 percent of communities surveyed have management rules for fishing arapaima. The community of Ilha de São Miguel banned the use of gill nets two decades ago and now has the highest arapaima densities in the region.

“Fisheries productivity in Ilha de São Miguel is also the highest in the study area,” says Castello. “Cast nets are allowed because they are much more selective yet they yield abundant fishes for local consumption, so food security for the community is not compromised.

“The time has come to apply fishers’ ecological knowledge to assess populations, document practices and trends, and solve fisheries problems through user participation in management and conservation,” Castello continues.

And it might not be that difficult if communities get support, says study co-author Fabio De Souza of the Society for Research and Protection of the Environment in Brazil. “There is willingness among fishers to implement management, but our efforts require more support from governmental agencies.”

If you don’t want to travel all the way to the Amazon to see arapaimas, consider a trip to the Academy’s Steinhart Aquarium. Our flooded Amazon rainforest features several of the giant fish.