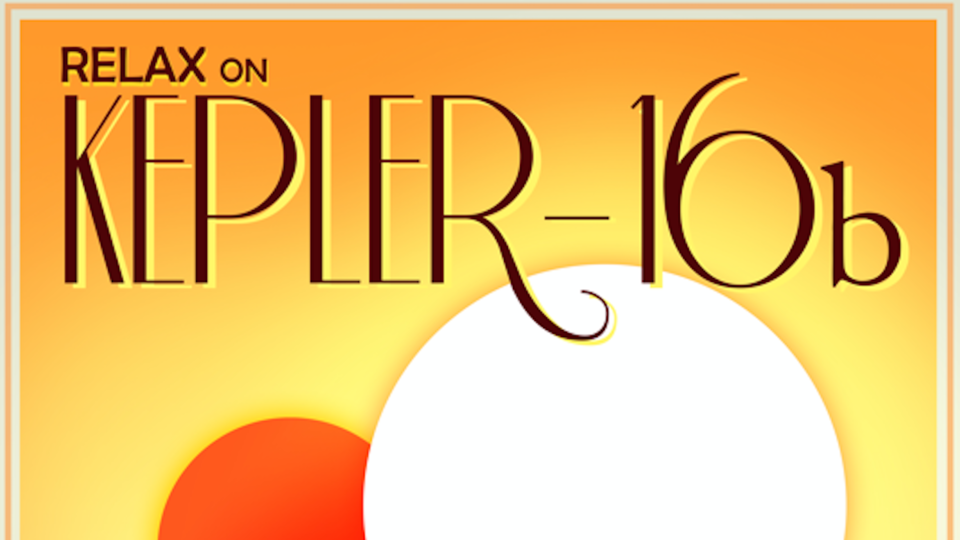 The 225th meeting of the American Astronomical Society (AAS) is taking place in Seattle this week, and like most of the recent meetings, exoplanets are a hot topic.

Literally hot in some cases—so-called hot Jupiters interacting with their parent stars—and metaphorically hot in others—planets increasingly similar to Earth in terms of size and surface temperature.

NASA’s Jet Propulsion Laboratory has even created stylish travel posters (see above) for some of these exotic destinations!

As usual, the Kepler mission garnered a lot of attention. With the announcement on Tuesday of their latest data release, they brought their total number of planetary candidates to 4,175. Note that as candidates, these objects require validation with subsequent follow-up observations to be confirmed as planets.

And indeed, along with the 554 new candidates, the Kepler team also announced the validation of eight new exoplanets—including Kepler’s 1000th confirmed exoplanet discovery!

Two of these planets show particular promise. Kepler-438b has a diameter only 12% larger than Earth’s, orbiting an M dwarf (a star somewhat fainter than our sun) at a distance that makes the planet slightly warmer than Earth. And Kepler-442b appears about a third larger than Earth. Both are likely rocky and reside in the habitable zones of their parent stars. Claiming a 99.7% confidence level on these planets’ distances from their parent stars, Douglas Caldwell of the SETI Institute confirmed the rigor of the validation process—poor Kepler-441b has only a 50% probability of residing in habitable zone, so it didn’t make the cut!

On the other hand, a third validated planet, Kepler-440b, appears to lie in its star’s habitable zone, but with a diameter about twice Earth’s, it may not be a rocky world—which is to say that it’s less likely to be a good place for liquid water or life to exist.

Size matters for these diverse planets. On Monday, Courtney Dressing recommended that, “To find a truly Earth-like world, we should focus on planets less than 1.6 times the size of Earth, because those are the rocky worlds.” Her statements were part of an announcement comparing the masses of planets with a diameter less than 2.7 times Earth’s: knowing the sizes and masses of the planets allowed the researchers to estimate the planets’ densities, which in turn indicates whether the planets are rocky or, well, not so much. Bigger planets in their survey had lower densities and thus differed more from our home planet.

The Kepler mission’s new finds, on the other hand, seem to zero in on what journalists like to refer to as “Earth 2.0.” In the words of Fergal Mullally from the Kepler Science Office, “we are now closer than we have ever been to finding an Earth-sized planet around a Sun-like star.”

The Kepler spacecraft has ceased collecting new data, but according to Mullally, two more catalogs are forthcoming, as researchers refine their techniques to explore the existing data in search of tiny worlds around these distant suns.

Kepler only looks for the shadows of planets passing in front of their parent stars, but other projects are working to observe planets directly.

Just a year ago, I reported on early imagery from the Gemini Planet Imager (GPI), a car-sized camera that works on the Gemini Observatory. On Tuesday, the GPI team shared more refined observations from their remarkable new instrument.

Marshall D. Perrin of the Space Telescope Science Institute presented a few results, including direct observations in the appearance of two giant planets circling at great distances from the star HR 8799. (If the planets were closer to the star, GPI wouldn’t be able to tease their faint light apart from the much brighter glare of the star itself.) The differences could result from uniform cloud cover on one planet versus spotty clouds on the other. A direct observation of weather on exoplanets?

(If you’d like to learn more about GPI, mark your calendar for Monday, May 4, because Bruce Macintosh from Stanford University will be giving a lecture at the Academy’s Morrison Planetarium. You can learn more about the project from its Principal Investigator.)

Oh, and those hot Jupiters I mentioned at the beginning of the article? On Wednesday morning, Katja Poppenhaeger from the Harvard-Smithsonian Center for Astrophysics delivered a presentation on “The Interaction of Exoplanets with Their Parent Stars.”

Unlike the giant planets observed by GPI, some Jupiter-sized exoplanets circle astonishingly close to their parent stars—orbiting just in a few short days! And these “hot Jupiters” could potentially have interactions with their parent stars. Poppenhaeger described three kinds of ways this could happen: tides (the star deforms the planet and vice-versa), magnetic fields (the star’s and planet’s magnetic fields become entangled, trapping hot plasma and creating brilliant flares), and planetary atmospheres (the planet’s atmosphere gets evaporated by the intense radiation from the star).

Most astronomers look at exoplanets in visible or infrared light—the colors of stars and the warm planets that orbit them. But Poppenhaeger and her colleagues search for very high-energy emission from these systems—those aforementioned flares from interacting magnetic fields and even planetary silhouettes against x-rays emitted by the star itself.

Whether or not all these exoplanet stories seem excessive, they certainly reveal the amazing diversity of discoveries currently sweeping the astronomical community. And we can expect many more new stories about these worlds—whether Earth-sized or hot Jupiters, candidates or validated, directly-imaged or seen in silhouette. Plenty of fodder for imaging new travel destinations!