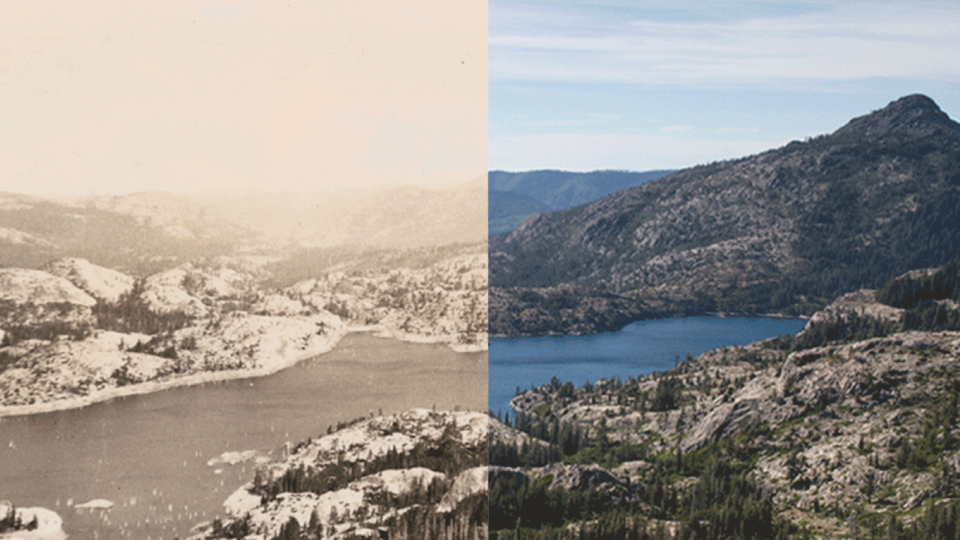 California forests are changing. Small trees are replacing big trees, and oaks are becoming more abundant than pines. Looking through historic data, scientists at UC Berkeley are determining why these changes are taking place. And it looks like, as with many things in our great state, it has to do with water availability.

The scientists started with surveys done by a UC Berkeley student named Albert Wieslander in the 1920s and 1930s, studying his results alongside more modern data collected by the U.S. Forest Service between 2000 and 2010. The team compared vegetation type and density for several regions of California between the two surveys.

The scientists discovered that the density of large trees declined in all regions of California, with declines of up to 50 percent in the Sierra Nevada highlands, along the south and central coast ranges, and in Northern California. Logging, land-use changes, pollution, and fire suppression methods all contributed to these losses, but the major cause consistent across all regions had to do with what the researchers call climate water deficit (or CWD).

From the study: “These results are consistent with observations that large trees are disproportionately vulnerable to drought and water stress and suggest that factors leading to increased CWD (increased temperatures, earlier snowmelt, and/or decreased precipitation) have contributed to changes in forest structure.”

“Forests are becoming dominated by smaller, more densely packed trees, and oaks are becoming more dominant as pines decline,” says lead author Patrick McIntyre, who began the research while a postdoc at UC Berkeley and now manages biodiversity data for the California Department of Fish and Wildlife. The oak tree success isn’t surprising to the researchers. Looking back at over 150,000 years of paleoclimate records in pollen, oaks tend to thrive during warmer and drier periods, and pines tend to dominate during cooler, wetter periods.

The results may help forecast future forest responses to wildfires and climate change, and suggest that increased temperatures and changing water availability may lead to large-scale changes in forest composition throughout western North America. The team’s efforts are published online this week in the Proceedings of the National Academy of Sciences.

What if we could forecast water availability to help respond to drought and better manage our forests? That’s what an article posted this week on Ensia asks. Studies of southwestern forests in the U.S. have shown that by simply measuring the temperature and humidity in an area, resource managers can determine the vapor pressure deficit, or VPD, to help predict dry conditions. Head on over to read more.

Finally, stay tuned for a report on real solutions for forest-related issues as the Academy hosts a Forest Solution Summit today with many top global forest experts. Follow the discussion on Twitter at #forestsummit15 and look for a Science Today article about the meeting next week.