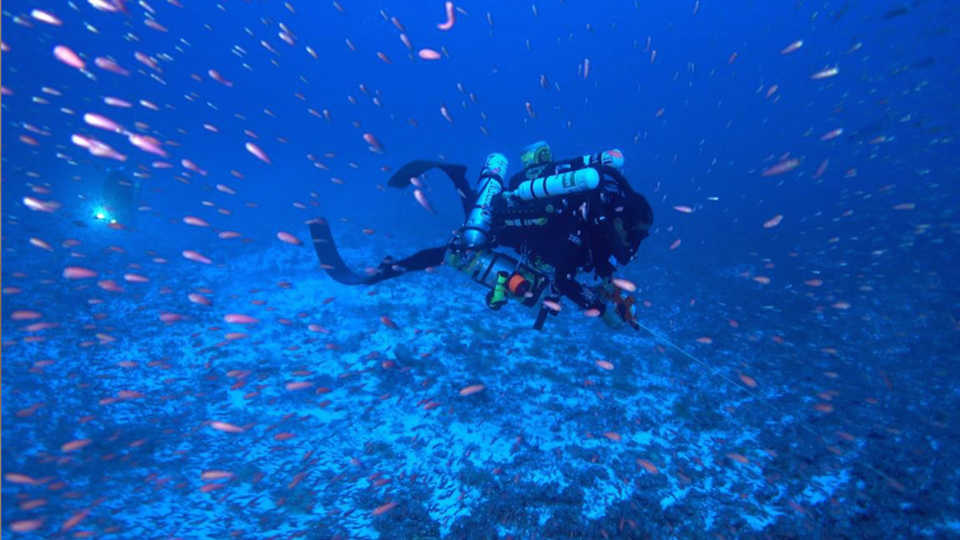 The Hawaiian Archipelago is vast and deep, so it’s not surprising that it took a large team of scientists twenty years to explore the waters surrounding the 50th state. The region extends 2,590 kilometers (1,600 miles) so the team focused on deep coral reef environments, known as mesophotic coral ecosystems, also called the Twilight Zone. These coral reefs—at depths of 30 to 150 meters (100 to 500 feet)—are among the most poorly explored of all marine ecosystems on Earth. Deeper than conventional scuba dives and shallower than most submersible-based exploration, these reefs represent a new frontier for coral-reef research. (Academy researchers’ work studying these habitats, including the rebreather technology needed to dive to those depths is feature in the Academy’s current exhibit, Twilight Zone: Deep Reefs Revealed.)

The Hawaiian team used a wide range of advanced technology to document these reefs, including two research submersibles, mixed-gas closed-circuit rebreather diving, towed and remotely operated camera systems, multibeam bathymetry mapping, and a variety of environmental sensors for recording light, temperature, water movement and other parameters. One of the novel approaches taken during the project was to combine rebreather divers and submersibles together on coordinated dives, says lead researcher Richard Pyle. (Pyle was also one of the scientists involved in two recent “New Discoveries” from the same region.) “Free-swimming divers and submersibles don’t often work side-by-side on scientific research projects,” he says. “Submersibles can go much deeper and stay much longer, but divers can perform more complex tasks to conduct experiments and collect specimens. Combining both together on the same dives allowed us to achieve tasks that could not have been performed by either technology alone.”

A major focus of the study, published last week in PeerJ, was to document extensive areas of 100 percent coral cover at depths of 90 meters (300 feet) or more off the islands of Maui and Kaua‘i. Some of these, including sites in the ‘Au‘au channel off the southwest side of Maui, are vast expanses of continuous coral cover, extending for tens of square kilometers. The reefs are dominated by stony, reef-building corals in the genus Leptoseris, a plate-like coral specialized for deep-reef environments.

In addition to the corals, the area is also home to extensive algal meadows that support unique communities of fishes and invertebrates. More than seventy species of macroalgae inhabiting the deep reefs were identified during the study, and several more new species have not yet been assigned formal scientific names. Both corals and algae depend on sunlight to drive photosynthesis, and the study attributed the existence of many of the deep reef habitats to exceptionally clear water.

All of the results of the study have important implications for conservation management. In addition to the rich and unique biodiversity inhabiting these environments, deep coral reefs may serve as a refuge for certain species that are more heavily impacted on shallow coral reefs, which face threats from warming, ocean acidification, and pollution. At the same time, the paper warns against being too optimistic: “Given the uncertainties about the relative resilience and insulation from a wide range of environmental stress factors that impact coral-reef environments between MCEs [mesophotic coral ecosystems] and shallow coral reefs,” they write, “it is premature to make any assumptions about which habitat is more vulnerable to disturbance or which might serve as a refuge.” The good news is that with management decisions such as the recent expansion of the Papahānaumokuākea Marine National Monument in the region, we are well on our way to preserving all of these important habitats well into the future. 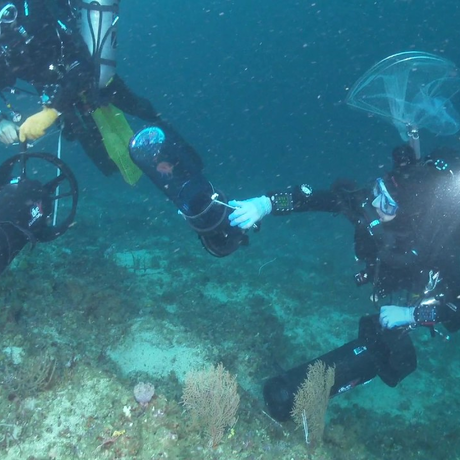 When diving in deep coral reefs, scientists breathe a mixture that includes helium. 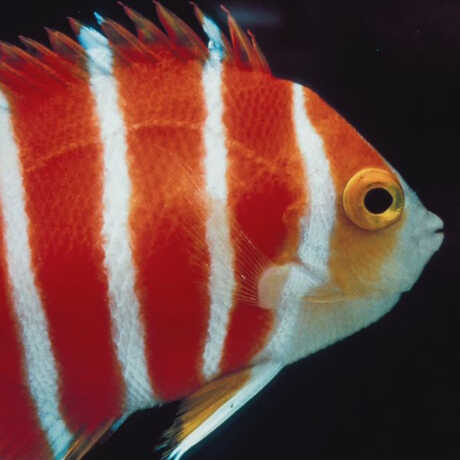 Welcome to the twilight zone of the ocean, where the sun barely reaches and the fish have big eyes. 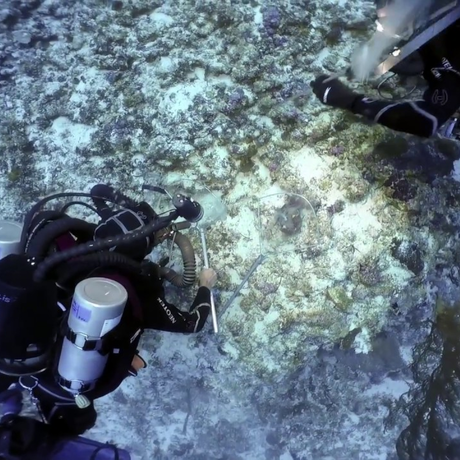