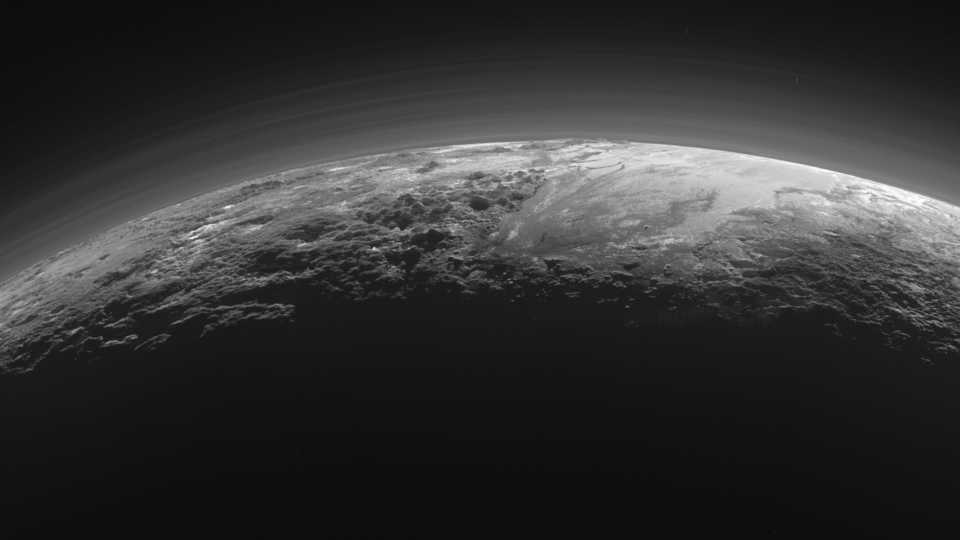 It’s no surprise that Pluto is a cold planet. I mean, cold dwarf planet. It’s almost forty times farther from the Sun than we are here on Earth. But when New Horizons began to approach Pluto in 2015, scientists were surprised how cold it actually is. Temperature measurements of the atmosphere read a mere 70 Kelvin (which translates to –203°C or –333°F). Brrrrrrr.

The gas composition of a planet’s atmosphere generally determines how much heat gets trapped in the atmosphere (think of Earth’s greenhouse effect)—especially with compounds such as methane, which is abundant in Pluto’s atmosphere. But New Horizons discovered temperatures much colder than the balmy 100 Kelvin (–173°C or –280°F) scientists had predicted. One potential gas coolant, researchers offered at the time of discovery, is water vapor. But as UC Santa Cruz’s Xi Zhang and colleagues write today in Nature, the required water vapor for this much cooling would have to be waaaaay beyond the atmosphere’s saturation point.

The team proposes that Pluto’s hazy atmosphere may have something to do with the cold temperatures. Extensive layers of atmospheric haze can be seen in images taken by New Horizons. The haze results from chemical reactions in the upper atmosphere, where ultraviolet radiation from the Sun ionizes nitrogen and methane, which react to form tiny hydrocarbon particles tens of nanometers in diameter. As these tiny particles sink down through the atmosphere, they stick together to form aggregates that grow larger as they descend, eventually settling onto the surface.

“We believe these hydrocarbon particles are related to the reddish and brownish stuff seen in images of Pluto’s surface,” Zhang says. And also the reason the dwarf planet is so cold, according to the scientists’ computer models. The cooling mechanism involves the absorption of heat by the haze particles, which then emit infrared radiation, cooling the atmosphere by radiating energy into space.

If this is the case, the James Webb Space Telescope—launching in 2019—will detect the infrared wavelengths and confirm the findings.

“It’s been a mystery since we first got the temperature data from New Horizons,” Zhang explains. “Pluto is the first planetary body we know of where the atmospheric energy budget is dominated by solid-phase haze particles instead of by gases.” The researchers are now interested in studying the effects of haze particles on the atmospheric energy balance of other planetary bodies, such as Neptune’s moon Triton and Saturn’s moon Titan. Their findings may also be relevant to investigations of exoplanets with hazy atmospheres. 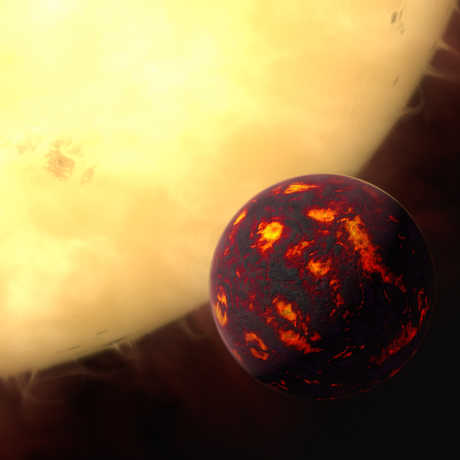 Space Friday: Chelyabinsk, Charon, and a Diamond with Atmosphere

The search for a meteor’s origins, an ancient ocean on Pluto’s large moon, and an exoplanet’s atmosphere. 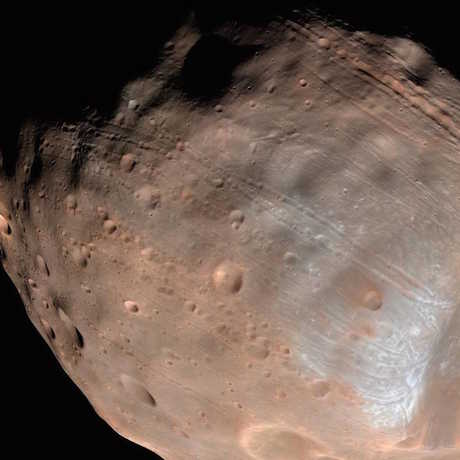 This week's headlines: a moon torn apart, a distant object in the Solar System, and a new exciting exoplanet. 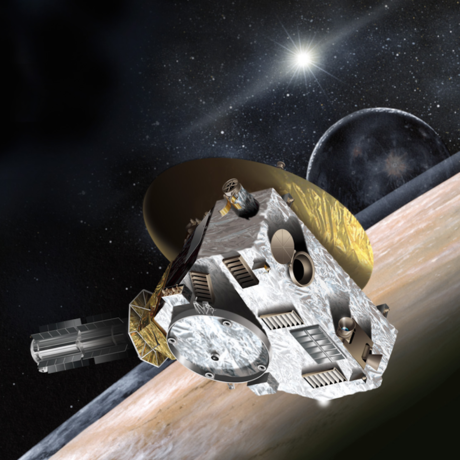