The Department of Anthropology at the California Academy of Sciences was established in 1900, forty-seven years after the institution's founding. The first Curator of Anthropology was Alfred Kroeber, known today as the father of California Anthropology. After a few short years, Dr. Kroeber left the Academy to work at the University of California. A new curator had not yet been hired when, in 1906, the San Francisco earthquake and fire devastated the Academy's premises on Market Street. The conflagration destroyed much of the Anthropology collection, as well as large portions of the collections of other departments. Due to the overwhelming nature of rebuilding the Academy, combined with the fact that there was no Anthropology curator, the Department of Anthropology was suspended. Those objects that did survive 1906, many broken and fire-damaged, were boxed up and stored when the Academy moved to its new home in Golden Gate Park in 1916. Although there was no longer a formally recognized department, anthropological materials and artifacts continued to be amassed by the Academy, particularly for museum exhibitions. In the late 1960s, the 1906 survivors, long forgotten, were rediscovered in a crawl space underneath the exhibit halls. A few years later, due to the generosity of the Paul L. and Phyllis Wattis Foundation, the Wattis Hall of Human Cultures opened featuring ethnographic materials collected through the mid-1970s. The Department of Anthropology was re-established at that time, thanks to the endowment of a Chair in Anthropology by the James Irvine Foundation. 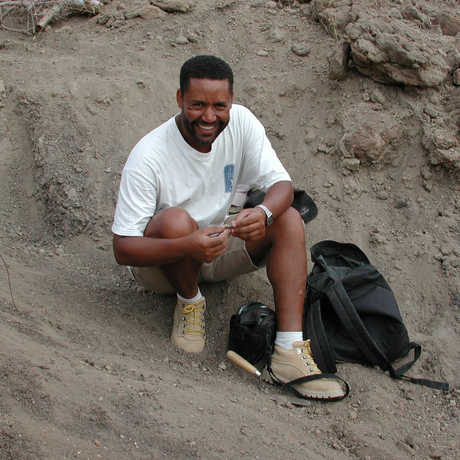 Today the Department's team includes Academy Fellow and Research Associate Dr. Zeresenay (Zeray) Alemseged. Dr. Alemseged, a leading researcher in human evolution, directs the Dikika Research Project (DRP), with fieldwork based in the Afar Region of Ethiopia. Established in 1999, the DRP is a multidisciplinary endeavor exploring key evolutionary questions about early hominins and their environments. It was Dr. Alemseged and his team who in 2000 found the fossilized remains of "Selam," a 3.3 million year old Australopithecus afarensis girl who died around the the age of three. Remarkably complete, Selam's skeleton has provided numerous insights into early human evolution. Ongoing studies of the fossil and other materials uncovered at Dikika continue to shed light on the evolution of our ancestors and the environment in which they lived. 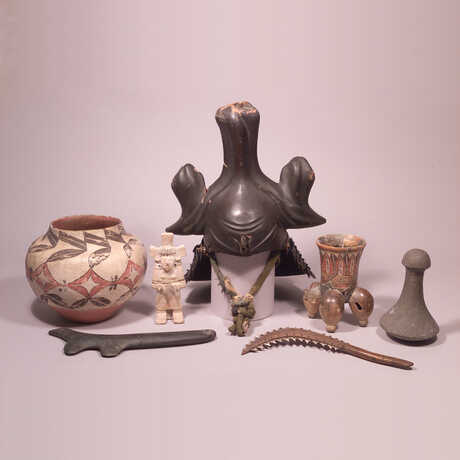 The Department's permanent research collection is comprised of over 16,000 ethnographic and archaeological objects, documenting the diversity of human cultures and the ways in which we humans have adapted to Earth's varying environments. The Department actively collects ethnographic materials of the indigenous cultures of western North America (exclusive of Mexico) and of the Pacific Rim, including East Asia, all Pacific islands and Australia. Earlier years of collecting, from the late 1800s to the early 1970s, have yielded both ethnographic and archaeological materials from East Africa, the Middle East, Europe, and Central and South America. The Department relies almost exclusively on donations to expand the collection and welcomes donations of objects that complement and enhance the current holdings. The collection is available for study by qualified researchers as well as for loan to accredited institutions. The entire collection is viewable online via our searchable online database complete with images of every piece.

Anthropology in the News

To read these and other departmental news stories, click here.

The Dikika Research Project (DRP) is a multidisciplinary endeavor that seeks to address key evolutionary questions pertaining to various aspects of the paleobiology of early hominins (early human ancestors) – as well as their culture and environments over the past ca. 4.0 million years.

Learn about the DRP
Anthropology Collections

Our permanent research collection consists of more than 16,000 objects, most of which are ethnographic. Current strengths include holdings from the U.S. Southwest and the Pacific Islands, and basketry from California. Our searchable online database features the entire Anthropology collection, including digital images for every piece.

How to access our collections, donate objects, apply for an internship, and more.