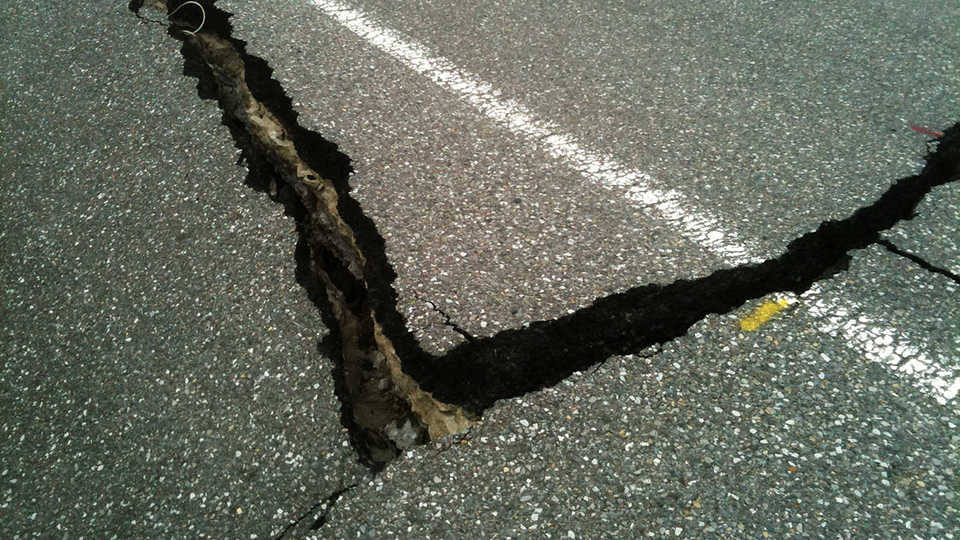 By building your own seismograph to document shaking, you and your children will learn about the cause of earthquakes and how scientists measure earthquake intensity.

In this lesson, you and your children will:

Discuss earthquakes in our own lives:

earthquake: a sudden rapid shaking of the ground caused by a rapid release of energy

epicenter: the point on the Earth’s surface that is vertically above the focus of an earthquake.

fault: a break or fracture in a rock mass across which movement has occurred.

focus (hypocenter): the point of origin of an earthquake.

seismograph: any of various instruments for measuring and recording the vibrations of earthquakes.

tectonic plates: massive irregularly-shaped sections of Earth’s crust that are constantly in motion.

In Figure 2 of the lesson, you can see the transform plate boundary, the San Andreas running through California and the direction that the two plates are moving. When rocks are pushed against each other, stress can build up. This can happen for many reasons, and often occurs along the boundaries of tectonic plates. When the stress exceeds the strength of the rock, the rock breaks and energy is released in the form of an earthquake. Not only can this energy make buildings fall down, but the biggest earthquakes actually make small changes in Earth’s orbit!

Do the lines created by the pen in the seismograph look like anything you’ve seen before? Earthquake waves travel just like sound waves. In fact, earthquake waves can “echo” and be detected in different parts of the world.