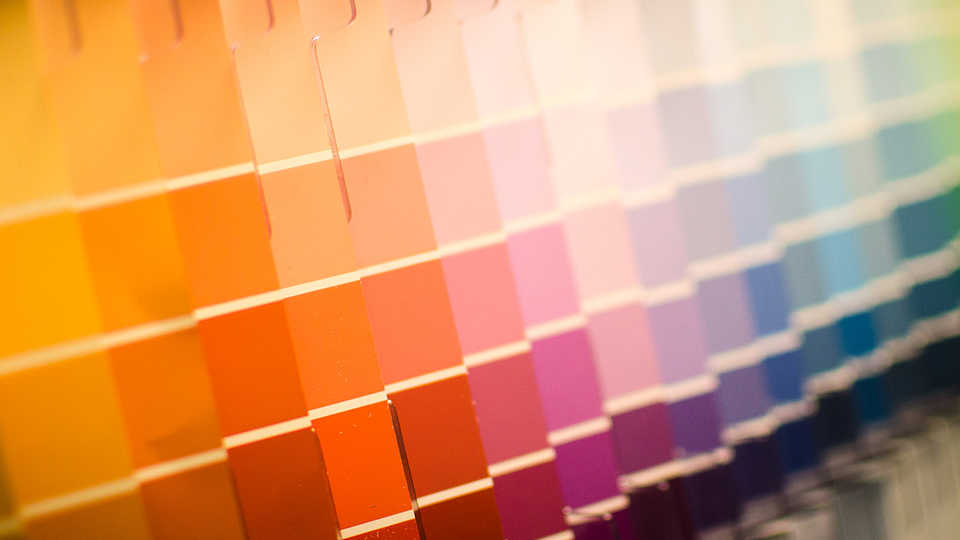 How does color help animals survive? Explore the Color of Life exhibit and find animals of every color. Try to figure out the functions of colors and discover similarities and differences in how color is used by different animals.

Students can use their paint chips to explore other exhibits, such as the Philippine Coral Reef or the Rainforest exhibit, and identify more living things with those colors.

Our world is a vibrant and colorful place. From the seemingly endless shades of color in a bird’s plumage, to the iridescent shine of a beetle’s wings, the enormous diversity of colors that can be observed in the natural world is remarkable. In this activity, students will match the color of a specimen or living animal from the Color of Life exhibit to the color of a paint chip. They will work in small groups to determine the function of that color; specifically if that color helps to hide, attract, or warn others. This scavenger hunt is a student-led exploration that helps them to build their understanding of how the structure of an object (particularly its color) is related to its function, and that the same color can serve a different purpose for different living things.

There are three very general themes for the purpose or function a color can serve in the natural world. In the broadest terms, color may help to hide, attract, or warn other creatures. Not all living things fall into these categories, but they are general premises. Within the Color of Life exhibit, one can find many examples of specimens or living animals that fall under these three themes. The Chaperone Guide also provides an example of one living animal and one specimen or replica from the exhibit for each theme. Keep in mind that these examples are not the only animals that use color to hide, attract, or warn others.

Colors that hide: Many animals have evolved colors and patterns that blend into their habitats. A green lizard finds cover in a leafy tree canopy, while a sleeping owl’s speckled feathers match the bark of a tree. Patterns such as stripes and speckles on an animal’s exoskeleton, skin, or shell help to break up the body’s outline against the background. Prey have evolved these patterns to hide from predators, while predators have evolved similar camouflage to ambush prey.

Colors that attract: Animals belonging to the same species and different species can both use bright, vivid colors to communicate. Brilliant colors and dramatic ornaments can help females birds find the best mate. Sickly males often lack the energy to produce showy features, while a healthy male’s vivid skin or long tail feathers signal that he has good genes to pass on to his offspring. The bright hues of a flower’s petals are not just pretty colors. They are intended to attract pollinators, such as bees or birds, which help the plant reproduce. Often, these pollinators can see contrasting ultraviolet petal patterns, almost like landing lights that point the way to the flower’s nectar.

Colors that warn: If color could talk, it might growl a threat such as “back off.” Many animals that are harmful or unpleasant to eat have evolved colors and behaviors that stand out. It may take only one bad experience for a predator to learn a memorable lesson: to avoid eating creatures that advertise themselves as dangerous or disagreeable meals. For instance, the bright orange of a California newt reminds others that it packs a powerful poison—the toxin in a single newt could kill thousands of mice! Most predators know to steer clear of this amphibian. Even if an animal is not poisonous, they can still rely on color to warn their predators. One example of this is the Io moth. The drab, mottled pattern on the forewings of a female moth blends in with leaves or bark. If the moth is discovered, it snaps open its forewings to expose dark, menacing false eyes on the hind wings, which can startle or scare a predatory bird. This split second warning could mean a difference for the Io moth between being eaten and escaping alive.

K-2: Read grade-appropriate texts and use media to obtain scientific and/or technical information to determine patterns in and/or evidence about the natural and designed world(s).

Communicate information or design ideas and/or solutions with others in oral and/or written forms using models, drawings, writing, or numbers that provide detail about scientific ideas, practices, and/or design ideas.

K-2: The shape and stability of structures of natural and designed objects are related to their function(s).

LS1.A: Structure and Function: All organisms have external parts. Different animals use their body parts in different ways to see, hear, grasp objects, protect themselves, move from place to place, and seek, find, and take in food, water and air. (1-LS1-1)

LS4.D: Biodiversity and Humans: There are many different kinds of living things in any area, and they exist in different places on land and in water. (2-LS4-1) 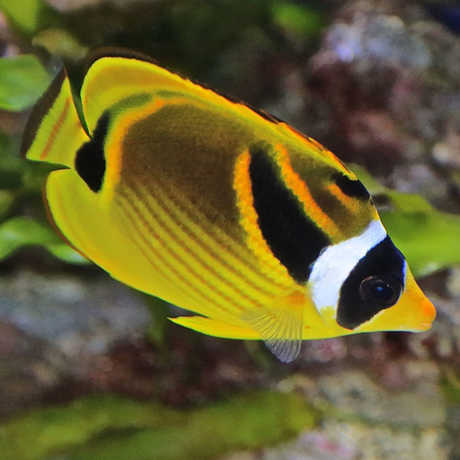 How can you use the shape of a fish to identify it, and learn about where it lives? 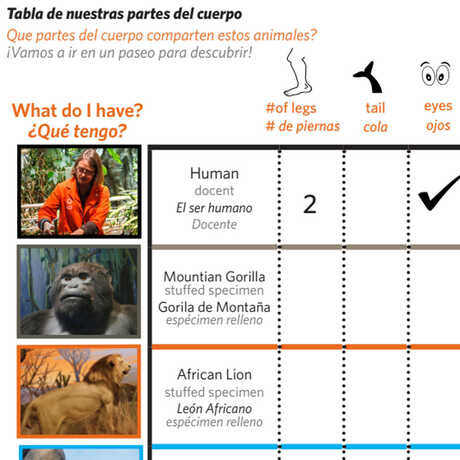 Compare and contrast animal body parts while exploring the museum.