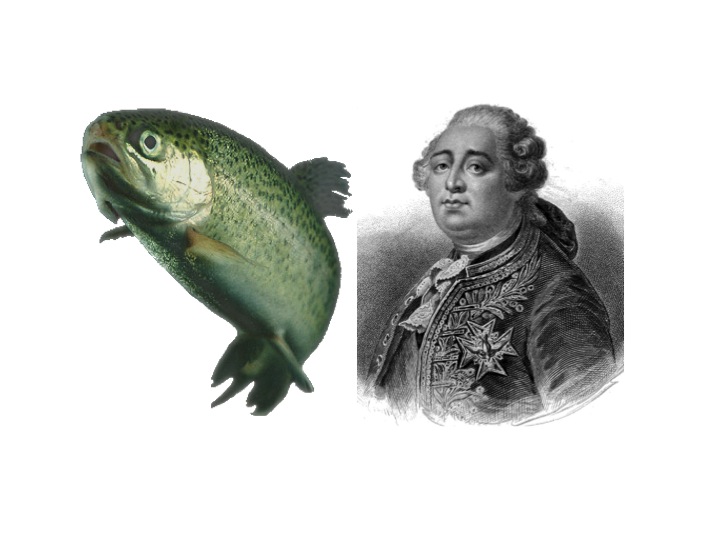 Two reports of recently sequenced genomes have scientists and historians scratching their heads this week.

The first, the genome of the rainbow trout (Oncorhynchus mykiss), is shedding light on vertebrate evolution occurring through whole genome duplication (WGD). WGD events occur when the length of DNA being copied for a newly formed sex cell suddenly doubles. Unlike most evolutionary processes, which involve random mutations and the selection of advantageous traits, a doubling event acts like the copied draft of a written work that can be edited and recast without the risk of destroying the earlier version. As a result, whole genome duplications are “suggested to be associated with adaptive radiations and evolutionary innovations,” according to the recent trout study.

Although this process has important consequences for vertebrate evolution, it is poorly understood because most known WGD events are extremely ancient. But the trout’s WGD event took place fairly recently—only 100 million years ago. The team discovered that roughly half of all protein-coding genes have been deleted from the trout genome since its genetic doubling event and that it retained almost all of its microRNA genes, which help regulate gene expression.

The researchers also found the fish retained original or nearly original genes involved in embryonic development and development of connections between nerve cells. The timing associated with these changes suggests gene evolution after an event such as this is a much slower process than previously thought.

The second study looked at the supposed blood of Louis XVI, the king who lost his head in the French Revolution in the 18th Century. Blood from the 1793 beheading apparently found its way onto a handkerchief stashed away in a decorative gourd (for safekeeping, presumably) from the era. But after sequencing the entire genome from the blood, it appears that it does not belong to the king.

The researchers found that the ancestry of the sample does not seem to be compatible with Louis XVI’s known living descendants. Additionally, although Louis XVI was known to be very tall—often described as the tallest person at court, he wore a long coronation cloak that also suggests an impressive height—the genome doesn’t seem to contain an excess of alleles contributing to height. The genome also suggested the blood donor likely had brown eyes, whereas Louis XVI is known to have had blue eyes.

So while the French genome appears to put an end to the royal blood question, the trout genome only raises further questions. Ah, science.