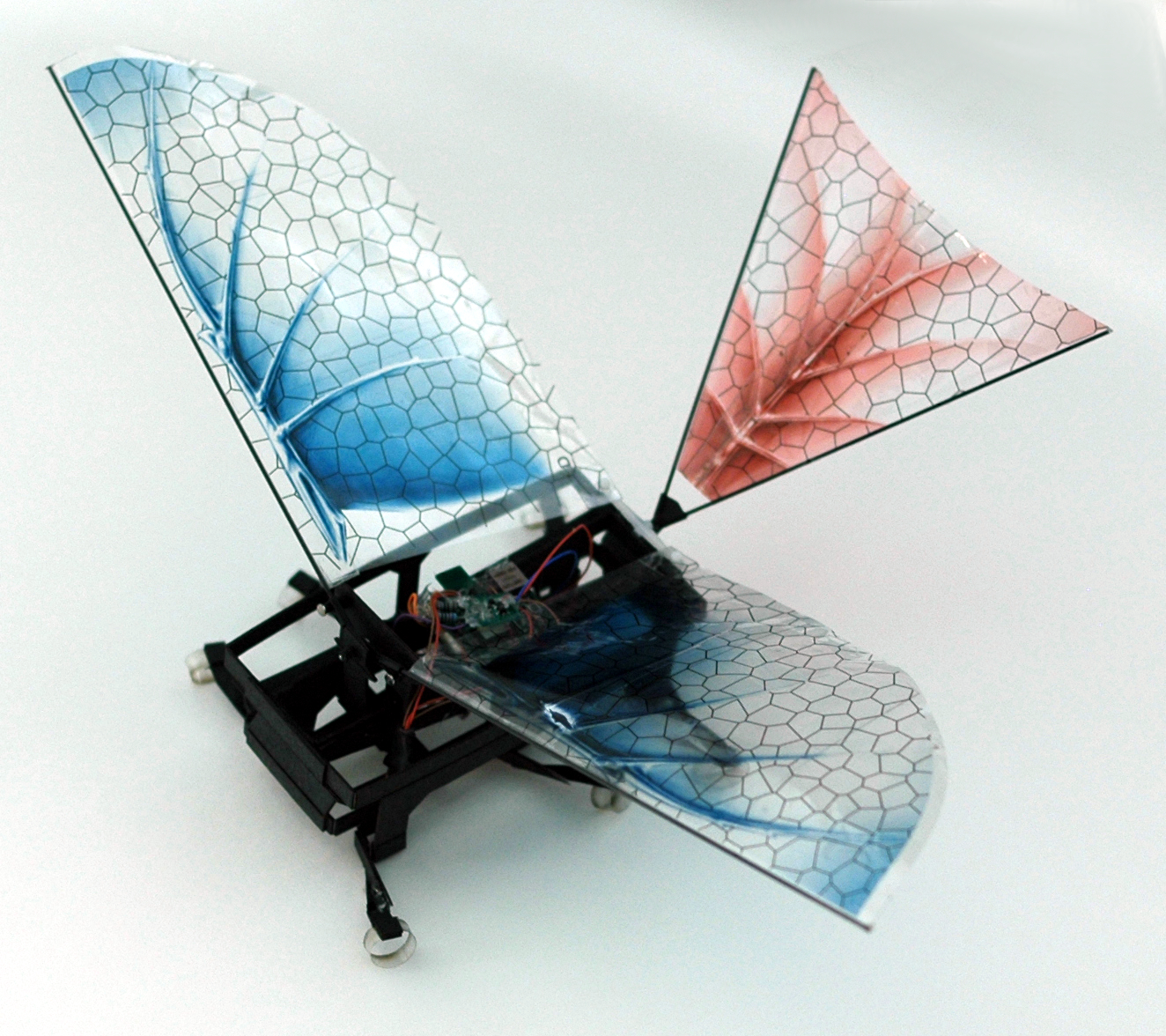 We love bio-inspiration stories—biology inspiring technology makes perfect sense. Nature has had millions of years of evolution to perfect the way it works—well beyond the beta version.

But here’s an interesting twist to the tale. A recently designed robot at the Biomimetic Millisystems Lab at UC Berkeley is now shedding light on flight evolution.

A research team, led by Ron Fearing—we highlighted some of his early biomimicry work a few years ago here—wanted their robotic cockroach, DASH, to move faster. DASH is a lightweight, speedy robot made of inexpensive, off-the-shelf materials first launched in 2009. Its small size makes it a candidate for deployment in areas too cramped or dangerous for humans to enter, such as collapsed buildings.

But compared with its biological inspiration, the cockroach, DASH had certain limitations as to where it could scamper. Remaining stable while going over obstacles is fairly tricky for small robots, so the researchers affixed DASH with lateral and tail wings borrowed from a store-bought toy to see if that would help.

The researchers ran tests on four different configurations of the robotic roach, now called DASH+Wings. The test robots included one with a tail only and another that just had the wing’s frames, to determine how the wings impacted locomotion.

“With wings, we saw improvements in performance almost immediately,” says Kevin Peterson, a Ph.D. student in Fearing’s lab. “Not only did the wings make the robot faster and better at steeper inclines, it could now keep itself upright when descending.

The engineering team’s work caught the attention of animal flight expert Robert Dudley, a UC Berkeley professor of integrative biology, who noted that the most dominant theories on flight evolution have been primarily derived from scant fossil records and theoretical modeling.

He referenced previous computer models suggesting that ground-dwellers, given the right conditions, would need only to triple their running speed in order to build up enough thrust for takeoff. The fact that DASH+Wings could maximally muster a doubling of its running speed suggests that wings do not provide enough of a boost to launch an animal from the ground. This finding is consistent with the theory that flight arose from animals that glided downwards from some height.

“The fossil evidence we do have suggests that the precursors to early birds had long feathers on all four limbs, and a long tail similarly endowed with a lot of feathers, which would mechanically be more beneficial for tree-dwelling gliders than for runners on the ground,” says Dudley.

Dudley said that the winged version of DASH is not a perfect model for proto-birds – it has six legs instead of two, and its wings use a sheet of plastic rather than feathers – and thus cannot provide a slam-dunk answer to the question of how flight evolved.

“It’s still notable that adding wings to DASH resulted in marked improvements in its ability to get around,” Fearing adds. “It shows that flapping wings may provide some advantages evolutionarily, even if it doesn’t enable flight.”

Their research was published online today in the journal Bioinspiration and Biomimetics.