McMurdo Station is Antarctica's largest human settlement and the first permanent American scientific research base on the continent. Established in 1955, 'Mactown' sits at the southern shore of Ross Island, the solid ground farthest south that is accessible by ship. It's operated by the United States Antarctic Program under the National Science Foundation, and houses over 1,000 summer residents and about 150 in winter. Research performed at and near McMurdo includes aeronomy and astrophysics, biology and medicine, geology and geophysics, glaciology and glacial geology, and the study of ocean and climate systems. This collage, the second in my series on Antarctic stations, focuses on McMurdo's role in high-altitude scientific research. 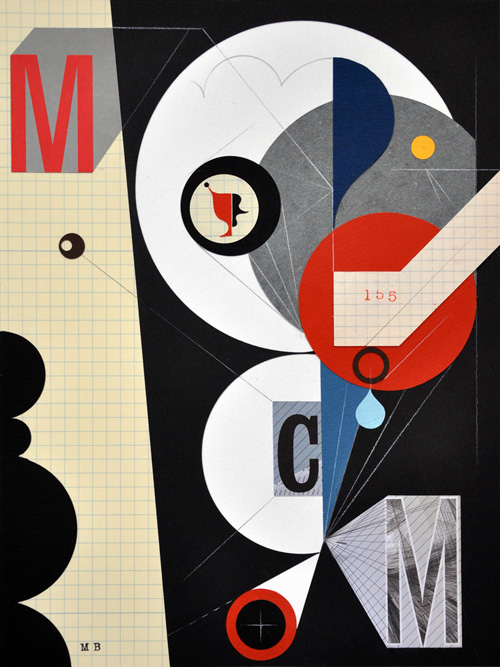 Since 1989, NASA and the NSF have launched large unmanned helium balloons and their instruments from a site near here. Owing to unique atmosphere circulation over the continent during the austral summer, the balloons are often recoverable weeks later in nearly the same spot. During my stay at McMurdo last January, the NASA-NSF partnership successfully launched a newly designed super-pressure balloon prototype that achieved altitudes of over 111,000 feet -- three to four times higher than passenger planes fly. The balloon's material was unique: an advanced lightweight polyethylene film about as thick as ordinary plastic food wrap. With further developments to craft size, durability and functionality, the team hopes to eventually hoist a one-ton instrument to the brink of space for 100 days or more. Long duration balloon missions at such heights cost considerably less than satellites, and their scientific apparatus are retrievable and re-launchable, providing sustainable high altitude research platforms. Balloon flights are used to to make atmospheric studies, to investigate the nature of ultra-high-energy cosmic rays, to search for anti-matter, and to make scientific observations in fields such as hard x-ray/gamma-ray and infra-red astronomy. Floated radio telescopes search for indirect evidence of extremely high-energy neutrino particles possibly coming from outside our Milky Way galaxy, while other experiments measure high energy cosmic-ray particles originating from distant supernova explosions within our galaxy. McMurdo's next super-pressure balloon launch is an international collaboration involving mostly French and American scientists. Scheduled for August, the Concordiasi project will put as many as 18 balloons in the atmosphere at about 20 kilometers altitude. Their instruments will take meteorological and atmospheric readings in relation to the ice surface and study the processes of ozone depletion over Antarctica. In addition to my collage's balloon imagery, the artwork references Building 155 described in an early dispatch. Also included are the station's acronym MCM and Robert Falcon Scott whose Discovery expedition hut of 1901-04 stands in view of McMurdo Station today. I created the artwork with found paper and printed matter and contributed the piece to Scott Massey's recycling-inspired RRR Project. Look for his new print publication RRR.002 and related exhibitions soon.